Cuisine of the Lika region reflects living habits of all that inhibit the mountain, forest and the pasture, who experience short summers and long cold winters that constrain variety in the choice of food. This cuisine is distinctive because of its simplicity (cooking and roasting on open fire), while everyday meals contain mainly continental ingredients such as corn flour polenta, cooked potatoes or potato halves baked with skin (pole), sauerkraut, beans, goat and cow milk, along with the exquisite cheese (fermented cheese called basa and smoked cheese), veal, venison, pork and mutton. This area is also rich in mushrooms, herbs and it is also well known for its strong plum grappa, berry liquors and the ones mixed with honey.
The ecological paradise of Lika and the region as a whole is still an insufficiently exploited area, particularly the Gacka fields. Lika is an enormous reservoir of drinking water that is becoming more sought for in the world, and, along with oil, is becoming the most important renewable energy sources. 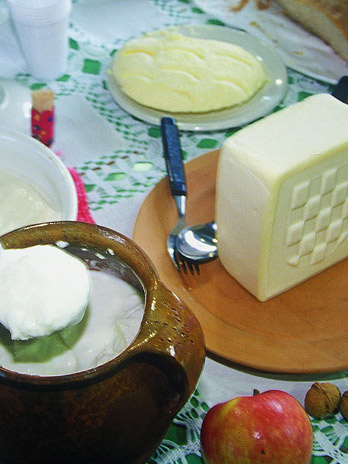 Sheep, cow and goat milk comes from grassy fields of Lika and the stingy macchia on the island of Pag and from it we get various kinds of cheese. They are used in the Lika cuisine in the preparation of various salty and sweet specialties. 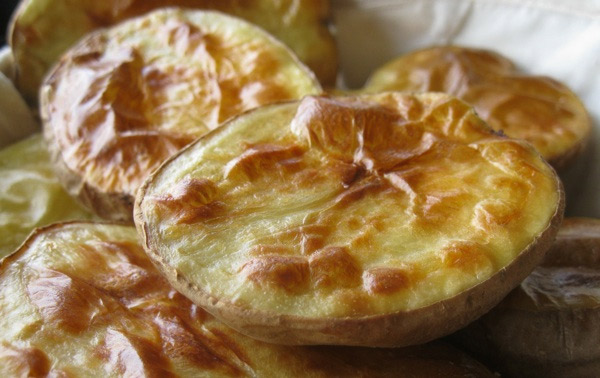 The potato has for centuries been the most represented alimentary. The early red potato contains less starch and is suitable for baking, salads and casseroles. The yellow and white potato contains more starch and it is suitable for mashed potatoes and homemade noodles. It is better to cook it unpeeled in order to preserve its nutrients. Potato salad should be seasoned while the potatoes are warm and then left to stay for an hour before being served. Warm milk should be added to the mashed potatoes because cold milk makes it cloddy and tough.

Well-known dishes: potatoes with bacon, potatoes with all types of sauces, roasted potatoes and pole (potato halves baked with their skin).

Lamb meat from Lika and Pag is known by far for its taste and delicious smell. It is traditionally prepared on an open fire or in a pot combined with various other meats. 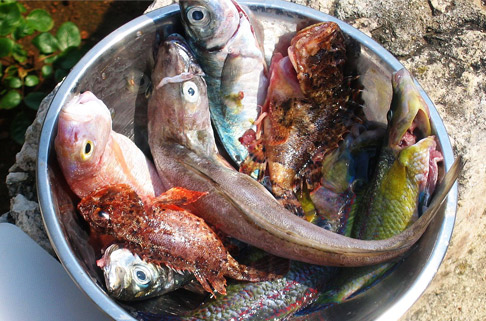 Trout from clean rivers and lakes in Lika (Gacka and Lika rivers) along with the sea fish from the island of Pag are excellent specialties for the lovers of a more “light” cuisine.
Well-known dishes: baked and boiled trout, trout pâté, marinated fish from Pag.

According to a tradition a sip of homemade grappa is welcome before every meal: šljivovica (plum, juniper or grape brandy), and, depending on the region, the meal usually ends with Velebit beer or a glass of Pag wine named žutica.